An Updated Definition of Stroke for the 21st Century

The European Commission has given its approval to the oral factor Xa inhibitor rivaroxaban (Xarelto, Bayer Pharma/Janssen Pharmaceuticals) for secondary prevention in adult patients who have had biomarker-confirmed acute coronary syndrome (ACS), The indication is for 2.5-mg twice daily in combination with standard antiplatelet therapy.

The US Food and Drug Administration (FDA) issued a drug safety communication on April 26, 2013, alerting the medical community that ezogabine (Potiga™; GlaxoSmithKline, Research Triangle Park, North Carolina), one of the newest antiepileptic drugs, may cause blue-gray skin discoloration and retinal pigment changes.

Ezogabine, formerly known as retigabine, received FDA approval as Potiga for adjunctive treatment of partial-onset seizures in adults on June 10, 2011. Ezogabine is a positive allosteric modulator of KCNQ2-5 potassium channels that inhibits high-frequency action potential firing, a unique mechanism of action for an antiepileptic drug.[2] Ezogabine was co-developed by GlaxoSmithKline and Valeant Pharmaceuticals and marketed as Trobalt® in the European Union. An article[3]about ezogabine that included a summary of 2 phase 3 clinical trials appeared in this column shortly after the drug received FDA approval
(fonts: medscape)

Neurologists and other physicians using the antiseizure drug (ezogabine (Potiga, Valeant Pharmaceuticals) as an adjunct treatment in patients with partial-onset epilepsy should be on the lookout for blue skin discoloration and retinal abnormalities and report these adverse effects should they occur.
The Food and Drug Administration (FDA) has issued a warning that ezogabine can cause pigment changes and eye abnormalities. According to a government press release, it's not known at this time whether these changes are reversible. The FDA said it is working with the manufacturer to gather and evaluate all available information to better understand these developments and will update the public when more information is available.
The FDA recommends that all patients taking ezogabine have a baseline eye examination and periodic eye examinations that should include visual acuity testing and dilated fundus photography. Periodic examinations may include fluorescein angiography, ocular coherence tomography, perimetry, and electroretinography. 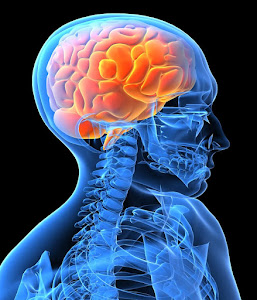